A Study in Contrast

I took both of these photos at my home this morning.

In our house anything a child builds with Lego or other building materials is called a creation. Here are some that Miriam made with her magnetics.

"A circle with rollies in it."

We had the family over for a Dora birthday.  Miriam was able to have a special birthday visit with Grandpa Dave a few days before the party.
Posted at 7:24 PM No comments:

This week we started learning about China.  It is strange to think about this amazing and rich culture developing so many years ahead of the Romans.  Then, they both had these great empires but really knew almost nothing about one another.  Similar feudal systems rose and then fell for basically the same reasons, but in complete isolation from the other.   It is so different from our current information age where ideas and news travels at light speed around the world.
We had fried rice for lunch today colored some pages for our history binders.  SOTW (Story of the World) one isn't scheduled into our curriculum this year but since we were going all the way back to learn about Ancient China I pulled it out and read the chapters about China.  Did you know that China is named for the Ch'in dynasty?  That's a fun piece or trivia.
In Latin and in English grammar all of the kids were learning about Predicate Nominatives and different cases.  In English we do this so automatically because it is our mother tongue.  A noun can function as many different things and we only know the function by it's place in the sentance.  In Latin they make it obvious by changing the ending.  This means that, to an extent, you can rearrange a Latin sentance and not affect the meaning.
David
David is learning second degree outlines.  It's really not too difficult and he did just fine with it.  Outlining is a great study tool and he usually outlines a chapter of SOTW although this week he outlined SOC (Streams of Civilization).
Math - MUS Epsilon lessons 22 and 23.  He is on track to finish Epsilon in the next 6 weeks or so and then start on Zeta which is the last book before Pre-Algebra (EEK!)  All of the multiplication facts are pretty much memorized at this point.  There are only a couple that still cause him trouble.  We have tried for years to get these down and no surprise, it took me being more involved.  Why does it take me so long to figure out that I really have to be more hands-on to get results?
Latin - Working on Ch. 9 but slowing down a bit to match up with the other kids.
Writing - Working on the structure of a report.  I have to remind him that scientists have to do these kinds of things all the time.  Writing is not his favorite subject, although he is quite good at it.
J
Math - Reviewing  multi-digit multiplication and long division.  After a great deal of hand wringing and claims that it was too hard he did just fine and I am glad we did the review.  There are so many steps in these types of problems that it is usually necessary to review regularly.
Latin - Working on lesson 7 and the grammar concepts happened to line up with our English grammar as well.  That was nice!
Writing - More basic paragraph writing.
Abigail -
Math - She has the addition facts down now and so next week we will start on the multiplication facts.  Conceptually she worked on multi-digit multiplication and that was a lot of fun.  Five min. of explanation and she was off and running.  I love that she has no fear of numbers and loves patterns.  I have to remember that she is so much happier when her math is new and challenging.
Latin - Lesson 7.  She needs help with some of the writing but she seems to understand the grammar as well as the boys.  Actually, I think some of it is easier because of her skill with patterns.  Also, she has never learned that grammar is "hard" so she just takes in the information and accepts it as no big deal.
Writing - Just a couple of more weeks and she will have learned all of the cursive letter forms.  Really memorizing them will take the rest of the year but by next year I will have all 3 big kids doing their work in cursive.
Miriam -
My mom got Miriam a sensory table for her birthday.  For a couple of days we had a cornstarch and water mixture in it and now there is water and bubbles.  New birthday puzzles, stickers and videos have kept her pretty busy this week.  This week Mim has decided she doesn't want a diaper at night anymore and she has been dry every night.
My baby is three.  I don't think I like that.  She has agreed not to ever grow up but I have a feeling it will happen anyway.
It was a good week but I am ready for our week off.  Between the five of us there are seven doctor's appointments!  Everyone needs to go clothes and shoe shopping and I have to get ready for the next 6 weeks of school.  Somewhere in all of that I really really need to clean the house!  It is so much easier to keep up when there is less clutter.  I am going to be merciless with the purging (I hope).
Posted at 3:12 PM 1 comment:

To understand the politics of today we must understand the politics of yesterday.
This week we learned about the crusades.  I knew some basic stuff but you sure do get an education while educating your children.  Too often the Western world seems to forget, or never learn, what happened before we were here.  Our children learn state history and US history but what about the rest of it? The rest of the world knows their history and so should we.
Cicero said that to know nothing of the history before you were born is to forever remain a child.
Posted at 8:08 PM No comments:

We still have some debt from the business that failed in the last recession (remember the dot-com bubble burst?) and what remains has been spread across three credit cards. The debt on these credit cards averages between 4% and 6% and has been that way for the last few years. This month we received notices from all three credit cards that "due to the economic conditions we are raising rates." One card to 10%, one to 15%, and one to 20%.

Here's the tip for those of you that are in the same situation: You can choose to refuse the new "conditions" of the card, including the increase in APR, by closing the account. The verbiage in the contract makes it sound as if you will owe the full amount when the account is closed but in fact that is not the case. When you close a credit card account with a balance remaining you will continue to receive the same monthly bills and make the same payments at the original APR until the card is payed off - the only difference is that you won't be able to use the card any further for charges. So check you contract closely, call the bank, or write the notification letter as required in order to close the account. There is always a time limit so be sure to act quickly when you receive the new terms from the card company.

Your credit will take a small ding after closing accounts as your "available credit" will drop significantly. We have "excellent" credit and the rates are still being pushed up so I'm not sure what the point is of keeping credit ratings spic and span right now. For us, paying off debt is definitely more important than a small drop in credit ratings.

Hope the tip helps for anyone that is facing the same situation.
Posted at 7:58 PM No comments:

The girls are spinning around the living room singing "Sisters, sisters, sisters, sisters". If you have ever curled up with your sister and watched that holiday favorite "White Christmas" you will understand. It is very sweet.
Posted at 7:16 PM No comments:

Last week David and I went to a clinic on Rabbit hunting. We learned a bunch, had a great time, and brought home a rabbit which we cooked up on Wednesday (tastes like chicken!). Here's some shots and a short video, so you can hear the hounds bugling as they chase the rabbits out of the thick briar patches. 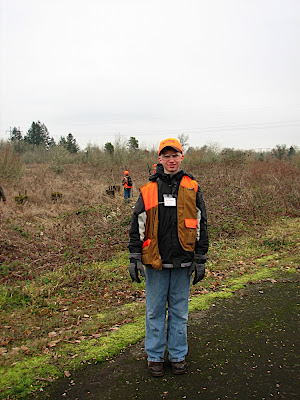 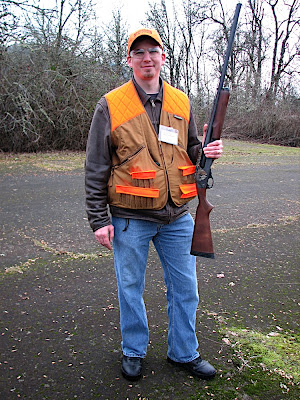 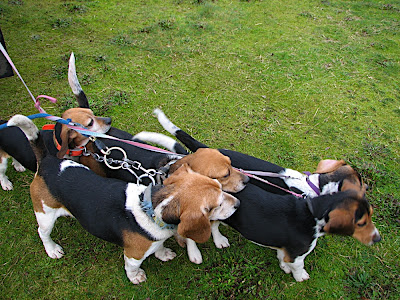 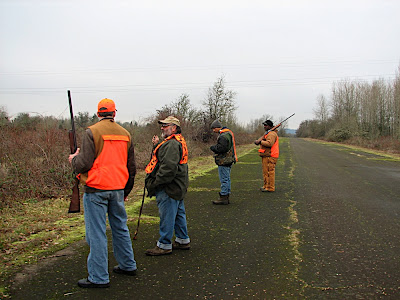 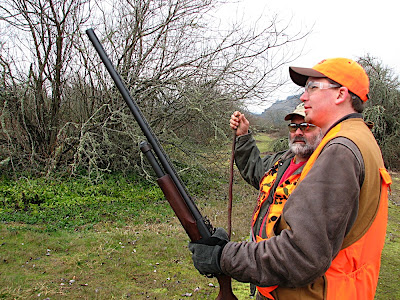 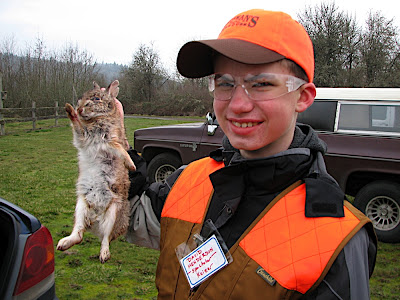 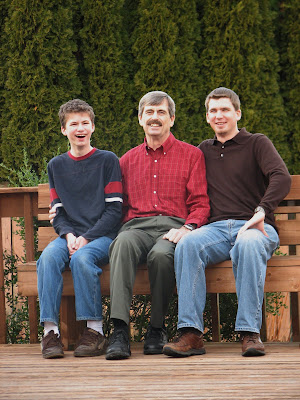 My dad was diagnosed with stage 4 terminal cancer last month and began Chemotherapy this last week. The cancers is in multiple organs and seems to be spreading fast. There was no indication of it just a month before. Above is a shot from just a few weeks ago, three generations of Henderson guys, with the youngest and the oldest sharing the same name. Please keep dad is your prayers as he faces this disease and the affects of Chemotherapy.


Dad has been spending many Sunday afternoons with us these last few months which has been a very sweet time for us. Last week he came and wrestled the kids for the last time before the Chemo began. Now visits will be rare and wrestling is out. This is tough for us and the kids, but we do love dad greatly and you will pray along with us for his healing.


You can learn more about dad at his CaringBridge site. 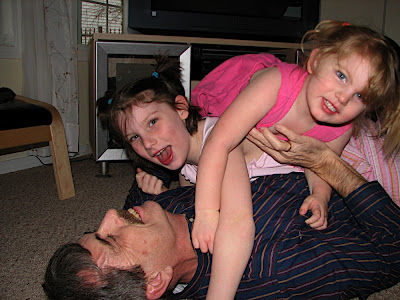