Our garden project is coming right along. We're already getting to pick a few things that we started during the winter - a few lettuce leaves here and there, some onions, and we plucked our first fat radish out of the ground yesterday. Here's a look at the finished garden beds, mostly empty and ready for the starts: 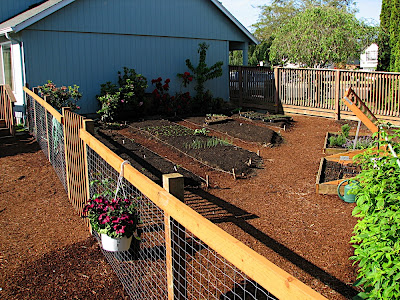 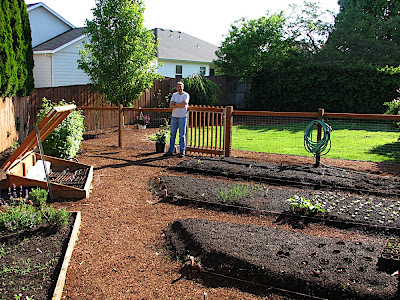 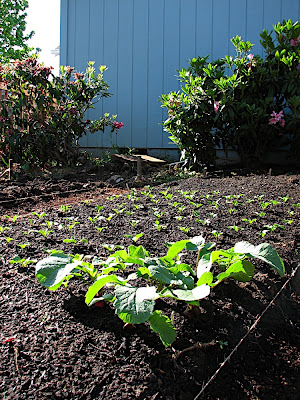 Our corn row against the back fence, with the first plants coming up and many more starts coming soon to fill up this row: 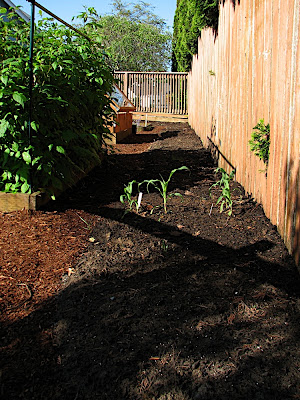 Many starts and seedlings ready to be added to the garden: 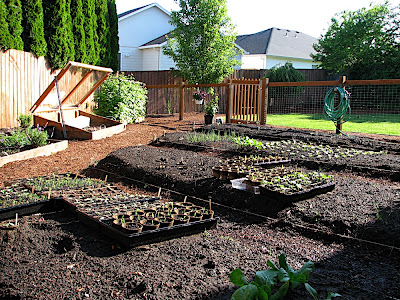 Last year we launched our newly restored sailboat, the "Christina Marie", on it's maiden voyage in Lake Merwin, WA. We kicked off this year's sailing season again at Lake Merwin, it might just become a yearly kickoff tradition!

Our dear friends the Nielsen's joined in the sailing fun on Saturday. Here's some shots that the ladies took from the shore as Jeremy and I took the kids for a spin around the lake. 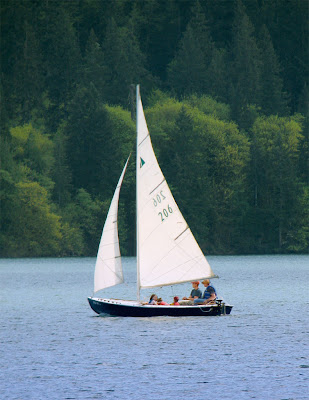 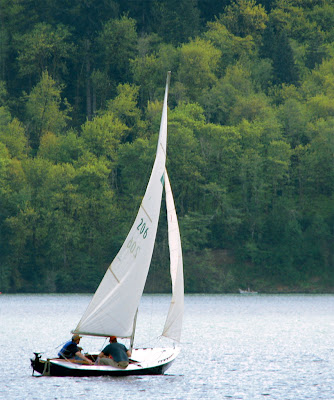 We couldn't have asked for better weather! What a great way to kick off the sailing season! The Nielsen's hosted us at their place for the evening and we returned to the lake the next day for another few hours of sailing fun before heading back to normal life.

One great bonus was that Jeremy was called into work for an early morning tugboat job and I was able to tag along. Getting up at 3 a.m. wasn't so bad, seeing the Willamette in it's predawn tranquility from our four story vantage point in the tower tug was amazing. And feeling thousands of horsepower in the engine room below us respond to Jeremy's touch was exhillirating. Here's a few shots of the sister tug leading the way back to the Shaver dock after we pulled a ship from it's slip. 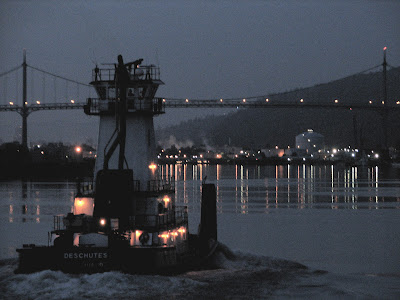 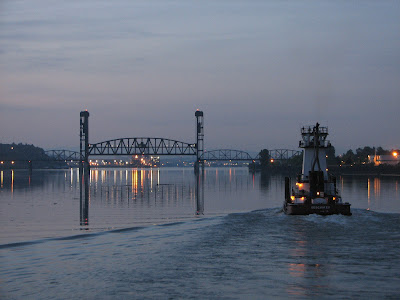