The heat is here and the garden is beginning to put out the next round of crops in plentiful numbers! Everything is huge - the tomato bushes, cucumber plants, corn, and pumpkins are taking over. 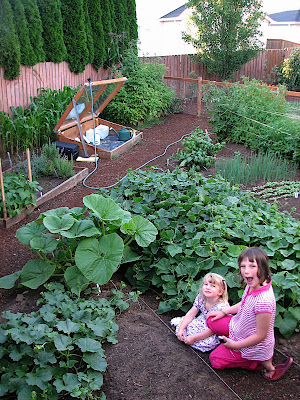 That is the cucumber patch behind the girls (lot's of pickles coming soon!), a pumpkin plant in front left of the frame, and some cantaloupe directly in front of the girls.


Compare that to just six weeks ago: 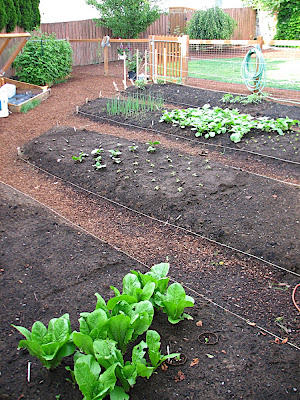 The pumpkin leaves are magically large when viewed from Miriam's height. (Those are the out-of-control cucumbers in the foreground.) 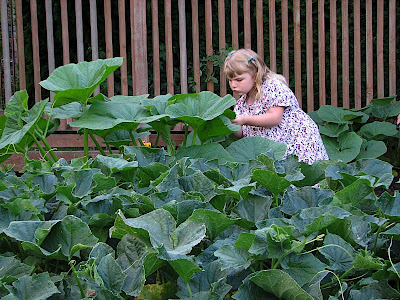 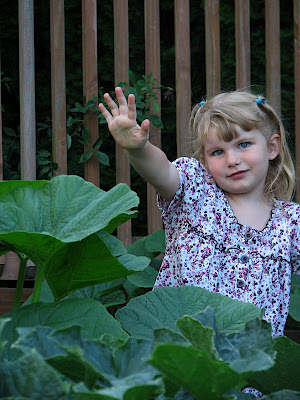 Abbie stands near the sunflowers, beans and some more pumpkin plants. 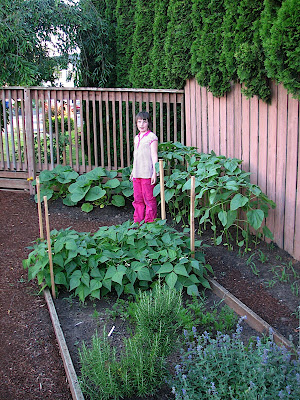 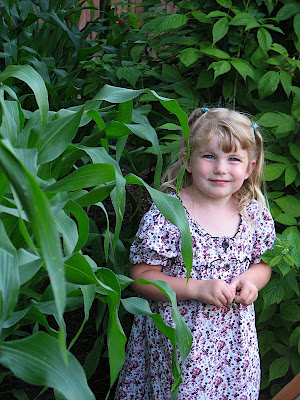 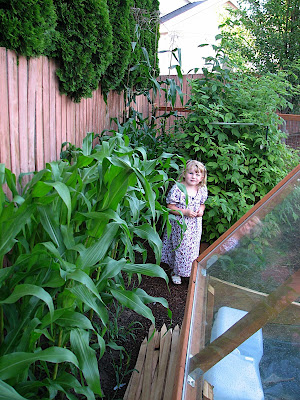 Abbie at the end of the tomato row, with the raspberry bush behind her showing shoots over 8 feet tall. 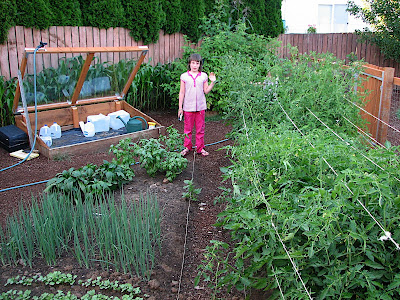 I'm laughing, my dd has the same dress as yours in the photos! Great minds think alike, huh? Your kids are cute! What a fabulous garden!

I have garden envy. A very bad case!
Lee